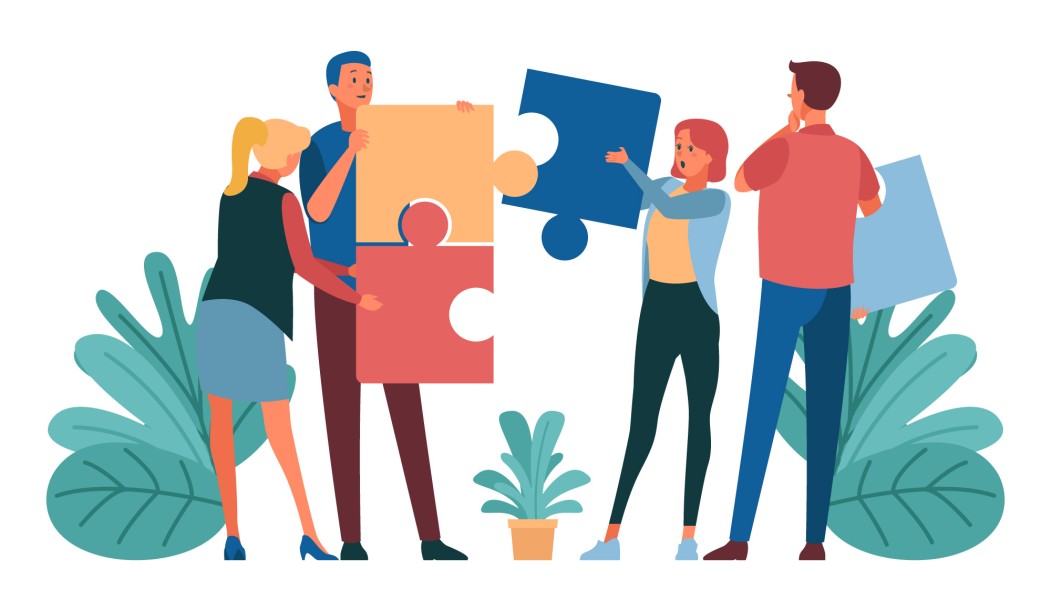 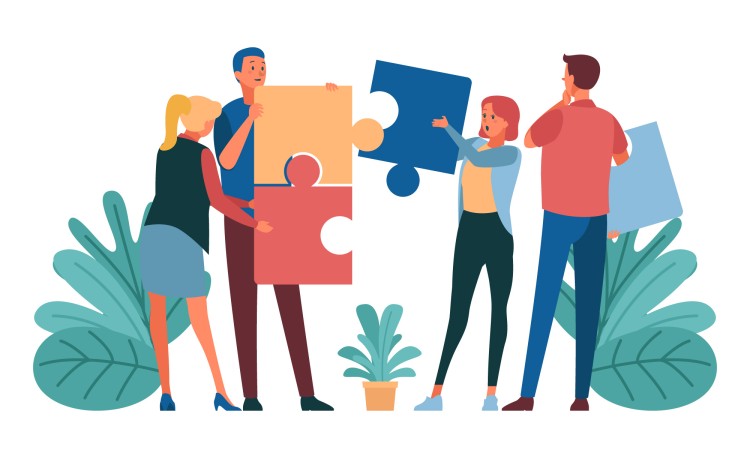 It's very good right? But do you know what data gives us the greatest joy and indicates that we are doing things well? That in Goteo it is possible to make non-monetary contributions (translations, assignments of space, accompaniment to people ...). And this year:

Why are we still different?

In 2018 we decided to redraw our map to center it on three axes. The Goteo Foundation would continue to help finance projects of social impact with projects that were clear about their contribution to society, but from then on we wanted to align those objectives with the 17 Sustainable Development Goals promoted by the United Nations. Thus, this map has three engraved symbols that represent three footprints: the 🐾 democratic, the 🐾 social and the 🐾 ecological.

Our proposal was very well received by the projects, making it easier for them to position themselves where their initiative had the greatest impact on the desired social change. Facing each and every one of the challenges, or struggles, in a single project can be not only inefficient but desperate. Therefore, and assuming that each contribution contributes and is integrated into that advance we dream of, we were able to guide campaigns focused on gender equality and the rights of LGTBIQ + people, for example, on that positive social and democratic footprint they face, while campaigns focused on sustainable rural development interconnected with the city or demonstrations for the defense of the ecosystem in the Ecological Footprint.

If you have already enjoyed the 2018 annual summary, you will see that we are still in the gap, advancing thanks to your support and we can contemplate those new lands and new landscapes that have become visible. In addition, as we owe to all of you, transparency and accountability are also basic pillars of our mission, which is why every year we publish our annual accounts as Foundation. 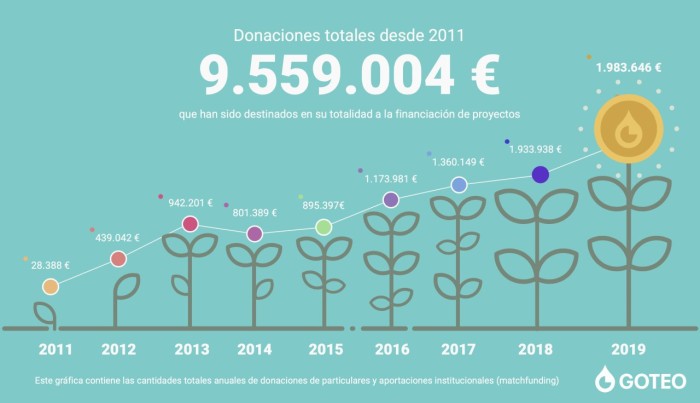 So let's enjoy this article 😊 (and its second part), of some of the campaigns that have received the most support and have inspired us so much. 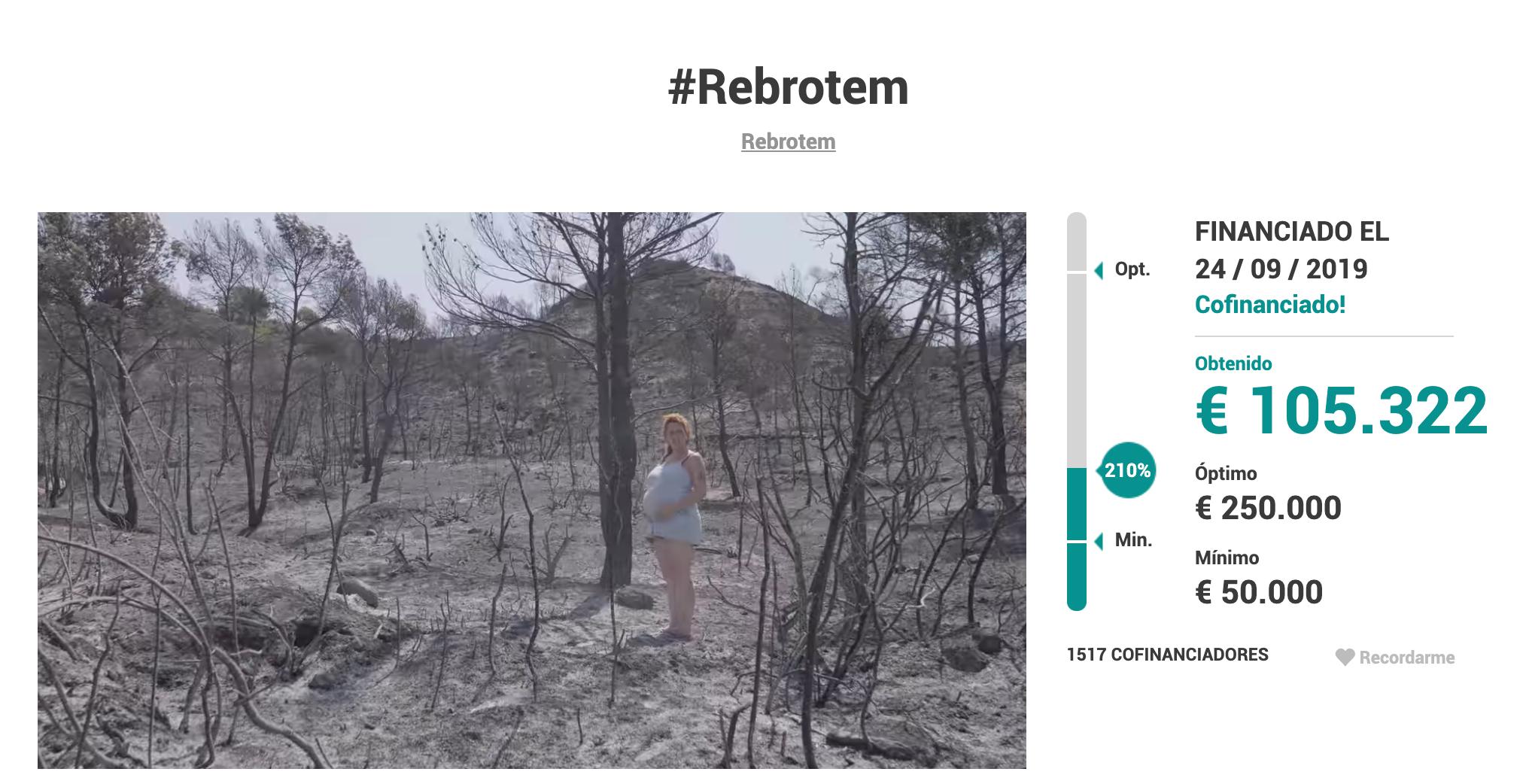 With each fire ... "We sprout more united and stronger! ✊🔥" was what we shouted together in the Rebrotem campaign, last summer. Our Ecological Footprint and responsibility as citizens when it comes to not only taking care of our forests but also joining together to rebuild what had been destroyed by fire was exemplary.

On June 26, 2019, the Ribera de Ebro, the Garrigues and Segrià suffered one of the most important forest fires in recent decades 🔥🔥🔥. More than 6,000 hectares of farmland and forest were devastated by the flames causing significant losses both in the natural setting, as well as in the soil, biodiversity, olive trees, vineyards and almond trees as well as the projects and dreams of farmers and ranchers who subsist on their farms. The campaign launched by Rebrotem obtained € 105,322 through 1517 contributions.

Billy It was born as a fiction project, as a film that sought to travel to the past from our present through the figure of the Francoist torturer Antonio González Pacheco, alias Billy el Niño. Max Lemcke's original plan was scrapped after RTVE, A3 and Movistar decided not to finance the feature film, despite their initial interest.

In CTXT they proposed to co-produce a documentary with the stories of the people who were willing to tell us about their experiences in front of the torturer. Today, González Pacheco leads a comfortable retirement life: a symbol of a transition badly told and not yet finished. The campaign to co-finance this documentary received the amount of € 61,569 from 1,585 contributions. 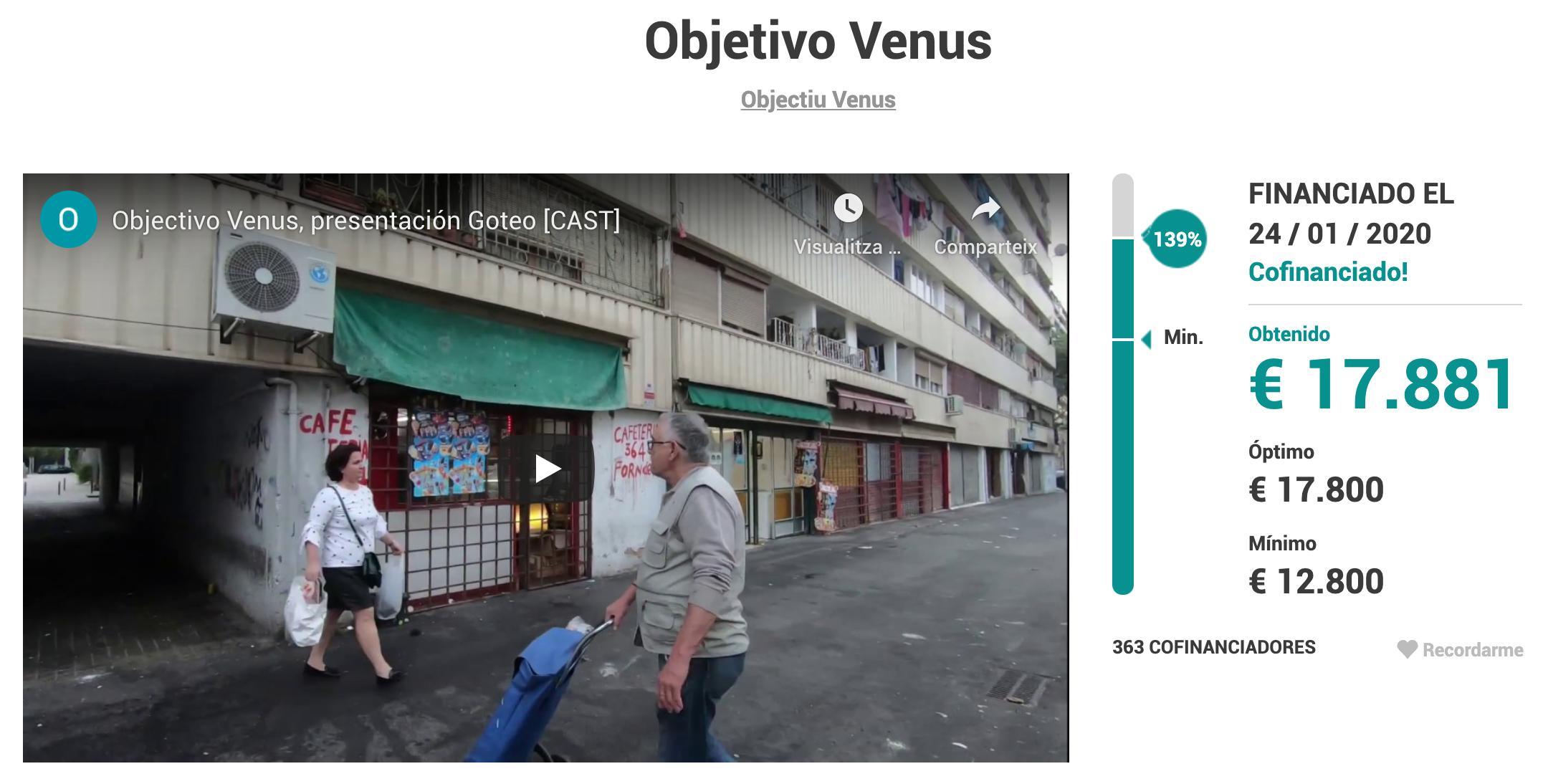 Objectiu Venus is a community agitation project that was born from the foundations of the Venus building, located in the La Mina neighborhood (Sant Adrià del Besòs) and that seeks political and media upheaval. An official protection building under a special regime for which the Comprehensive Transformation Plan of the territory ruled its demolition and relocation of its inhabitants almost 20 years ago. A building that continues standing, degrading its foundations and the dignity of the people who live in it, and giving shelter to all the social conflicts that are concentrated in the La Mina neighborhood.

After nearly two decades of struggle against the administration, those affected and affected by the Venus bloc are halfway to freedom. With hardly any resources and with a great need to add energy, they launched this collective financing campaign with a clear objective: to collect the 9,000 euros that would allow them to continue with a judicial process that can end their particular sentence. They reached € 17,881 and are going to fight.

And we would love to continue shelving each project, but you have co-financed 212 projects this past year! So, in order not to extend ourselves too much 😜, we will give one last upturn in this paragraph to three outstanding projects for each footprint in 2019.

In #DemocraticFootprint We remember the campaign of Support for victims of police violence 1 de Octubre and more, where we reinforced the work and helped to expand its social base to d'Irídia, a legal assistance service and free psychosocial treatment for victims of police violence; Cuartopoder: we are independent, we want to continue to be viable, where we celebrate its ten years of independent journalism promoting the project to continue growing and implement some innovation strategies; and We Don't Forget, where a documentary was co-financed to show the solidarity and struggle born as a result of the murder of Pedro Álvarez at the hands of a National Police with impunity until today.

In #SocialFootprint, Lola We highlight the initiative for the design and manufacture of "a single cup bra for single-breasted women" who have undergone a mastectomy intervention; #NecesitoRopaLimpia, a co-financed campaign to continue acting in an international network of NGOs, trade unions, feminist organizations and consumers, which has been working for more than 30 years to improve living conditions and labor of people working in the global garment industry; and Sextruck, a caravan that arrives at an educational center or a festival and is planted for a week to open its doors to the entire community offering a space where to question, experiment, exchange opinions and discover things related to sexuality, affectivity and feminisms.

In #EcologicFootprint, Salvaje, the magazine "that wants to take you out to the country" to disconnect from your mobile phone, reclaim our nature and give voice to our peoples; La Osa, a cooperative and participatory supermarket based on the principles of the Social and Solidarity Economy that seeks to transform the dominant marketing, sales and consumption model into another model more committed to its environment, transparent in its relationships and its management, cooperative, creative and inclusive; and Biela y Tierra, a bridge project to show real initiatives in our territories that are and will be alternatives to face the challenges we face as a society.

🔍If you haven't had enough, remember that you can access our stats and our discover, where you have much more data and campaigns.

We are not alone: building alliances with Matchfunding

Together we are stronger and this 2019 we continue to build alliances and create complicities with public and private institutions, among other things, to strengthen matchfunding , a hybrid financing model that multiplies citizen contributions thanks to funds provided by municipalities, councils, universities , etc.

Reviewing the map we love to see that we have friends in several cities and we are fascinated by how different and beautiful each one is when it comes to meeting to improve their lives.

In Gipuzkoa they already knew what we were coming for! So the call Meta!, to support localized cultural projects promoted by agents and groups of the territory was a total success. It was held for the fourth consecutive year and, in fact, the deadline to qualify for the 5th is already open this 2020. But To what we were going, this time 14 of the 14 projects in the campaign were successfully financed (100% success rate) and in total €146,808 were raised, taking advantage of the total of € 70,000 positions Available by the Provincial Council of Gipuzkoa as matchfunding. 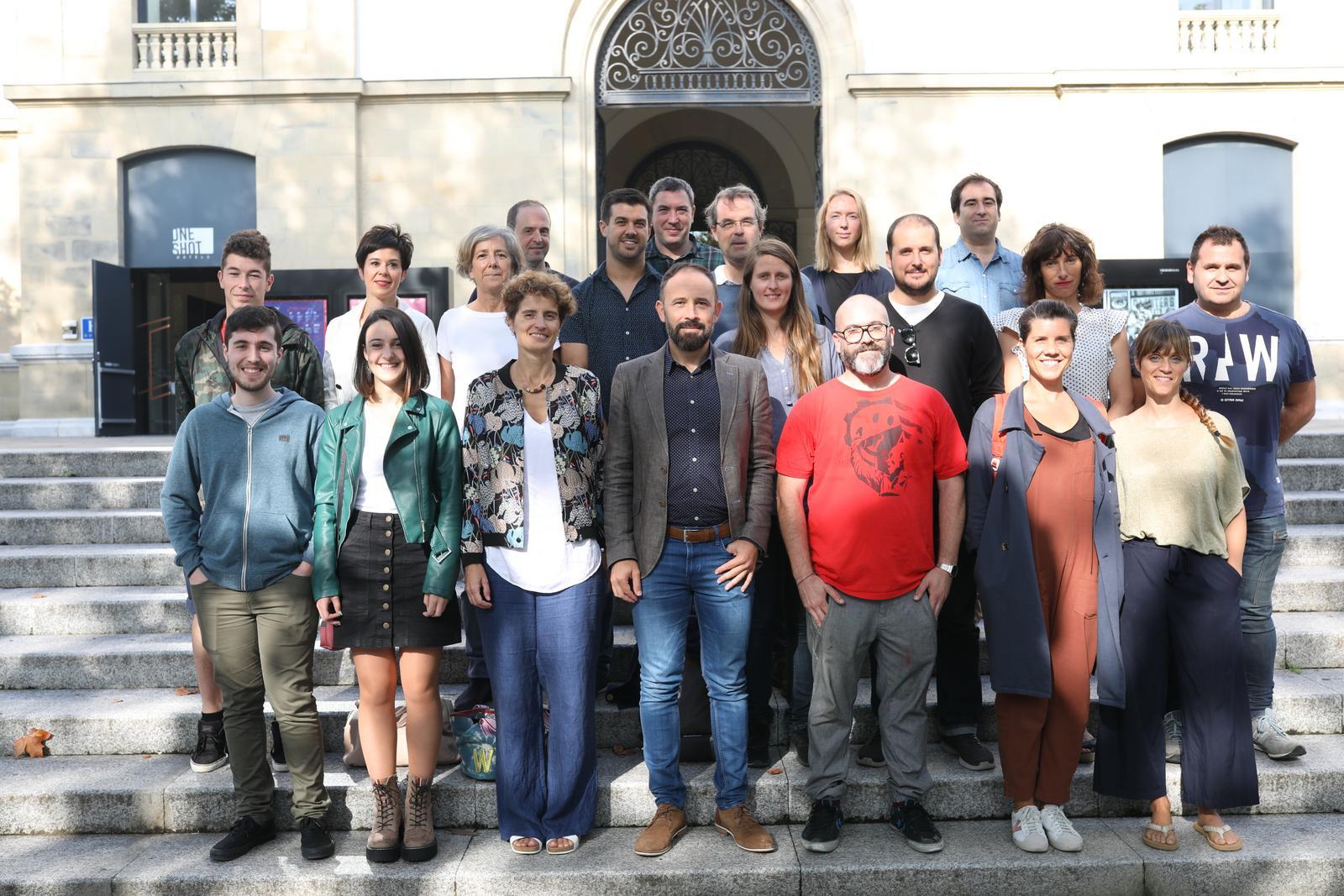 In this edition, we once again proposed gamification , a resource to encourage donations that consisted of activating specific tripling periods 🙉🙉🙉 of matchfunding. Thanks to this tripling, in just 24 hours, half reached their minimum goal and were able to secure the second round of co-financing!

Spectacular projects such as Nómada Portrait: Gipuzkoa were successfully financed: a photographic archive based on portraits made of the inhabitants of small towns in Gipuzkoa, Pacifist Memory of Gipuzkoa: the creation of an archive of the memory of what was the peaceful reaction against terrorism and violence or Faster, Puxika!: is a horror short film that wants to denounce the job insecurity of the delivery men of companies such as "Glovo", among others that you can know here. 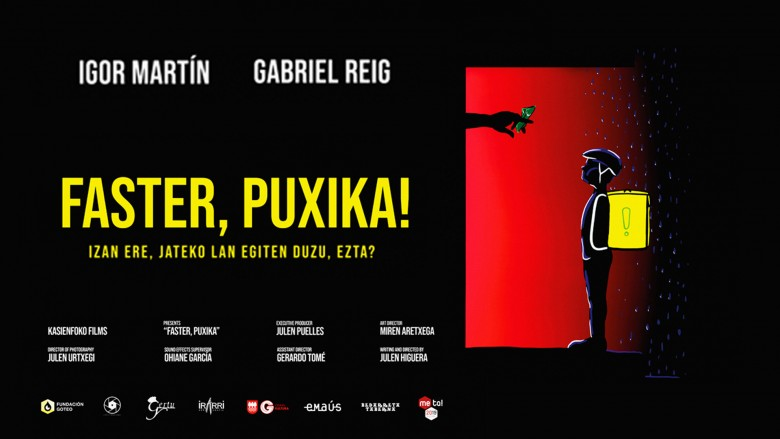 And we continue to grow in the laboratory: FundLabs

Since 2011, Goteo has been developed as a laboratory to test different forms of collaboration around innovative ideas around social entrepreneurship and generator of scenarios to support grassroots promotion programs for social innovation.

It is key to understand the need to define different parameters to weave a network of support between sectors and address common challenges to be faced. The Goteo Foundation wants with this session to explore common territories, at the same time as to expose the specific path of public and private initiatives in their financing channels linked to crowdfunding and matchfunding, and how it can be linked with other models and services that finance social entrepreneurship , ethical and committed.

These sessions FundLab of the Goteo Foundation are common and aim to meet with civil groups, institutions and people who want to finance initiatives to jointly find new financing mechanisms and thus bring those economic resources that already exist to the initiatives that are going to make good use of them. We carry out many at the end of the year, such as the one held last March in Madrid. Among the many initiatives, one especially powerful is to publicize the matchfunding between institutions and groups that want to allocate part of their budget to co-finance social impact projects through the Goteo Foundation. If you want to know much more about this concept, we have a meeting space that we have called "Pitch and Match Space" and that you can visit at any time next to this article with very detailed information. And this is the first part here! Let's rest and don't miss the second part of this year's summary, where we will talk about Crowdvocacy and cool events in Those of us who participated in the Goteo community this past 2019. 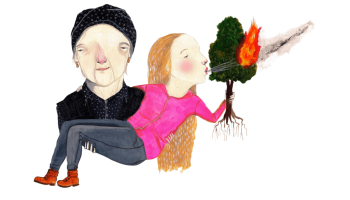 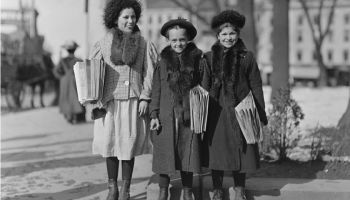