The spring season, so prone to civic revolutions, has also re-awakened our own ethical, open and collaborative instincts. So this year, building on the support of the growing community of Goteo users, we have launched new features and an enhanced set of core values which we would like to share here.

First of all, we at the Goteo Foundation want to thank everyone who has launched projects and co-financed the hundreds of campaigns since we started. All of this support means that today we can announce a reduction in the platform’s campaign commission, from 8% to 4%. It makes us especially happy to announce this step, going beyond crowdfunding and contributing to advancing the standards of the social, collaborative and ethical economies.

Because we can adapt to the environment and use distributed and local collaboration, we can generate more margins in the collective benefits of openness. Further, as a non-profit, we pledge to continue developing new strategies for fundraising and match-funding by “cloudfunding”, so we can continue working towards a progressive commission decrease - thanks to the addition of more individuals, communities and institutions.

But that's not all! This spring brings more - and equally important - Goteo news...

After three intense years, Goteo aspires to be a barometer of the needs of a more collaborative and transparent society, a generator of shared positive impact on communities, and a digital tool for social innovation. It’s not us saying these things, by the way, but voices like The Guardian and the Stanford Social Innovation review :) And all because it’s clearer to us every day, confirming our commitment to transparency and collective benefits for society: each new crowdfunding campaign has more meaning and achieves more when those values are enhanced.


So far, we have been collecting the open results of projects funded via Goteo and promoting examples and testimonies of good practices; we’ve also watched our source code being replicated around the world, in all kinds of new platforms (such as this fantastic Japanese version).

The next step we’re taking in this direction is to share the data for all activity generated in Goteo through an open API with its associated documentation, which will allow other people to create all sorts of interactive visualizations with our statistics. Soon, we will share the first dataviz by Outliers Collective, along with some plans we have for researchers and developers hungry for data!

We are the only Spanish open source platform - and now, with an open data API too!


This is another important thing we’ve devoted a great deal of effort in developing and documenting. Now, users - while initiating and supporting projects, and enjoying collective returns - can also learn about Goteo’s detailed impact results (and even share and cross them), and help tell stories which, drop by drop, contribute to improving the world.

More proximity: Now it’s easier to track us and find (or keep an eye on) our activities, because we just published our open agenda. There you’ll find new workshops (after holding more than 80, where we’ve trained more than 3,000 people already); meetings with national and European institutions (so you can learn how we try to influence policies); or, when a new call for match-funding is launched (by the way, after seven of them, we have channeled 100,000 euros from different institutions, which were doubled by civil society).

More synergies: Instead of receiving your donation back for a campaign that did not reach its goal, now your money gets another chance to make an impact. You can choose to put your contribution into a virtual wallet, and your drop can flow into a different stream, helping a similar project at any time. So, after betting on an initiative that hasn’t achieved its crowdfunding goal, the contribution can go to another project on demand. Not a drop wasted! :)

More commitment: For those of you who increasingly donate to Goteo campaigns on a regular basis, or, for that 40% of users who turn down their individual rewards when donating (promoting distributed generosity and a culture of commitment), we have enabled a new channel to support our mission, with direct donations to the Goteo Foundation and our daily work developing civic technologies.

Oh - in case there’s any doubt, we don’t just promote transparent accounting, we also apply it (here goes an example of how we invest resources in Goteo):

More alliances: But all this (and other ways we’re expanding social impact through our collaborative, ethical standard for crowdfunding - unique in the world) would not be possible without the thousands of people who support us every day. And let’s not forget our friends, organizations with whom we are pleased to move forward and share alliances. These include (among more to come): European Cultural Foundation, International University of Andalusia, Zaragoza City Council, Europeana Foundation, Fab Lab Barcelona, Catalan Solidarity Economy Network (XES), Fabra i Coats, Ideograma, Barcelona City Council, OuiShare, Universidad Carlos III, Yokohama Community Design Lab, FUNDECYT, Toshiba... 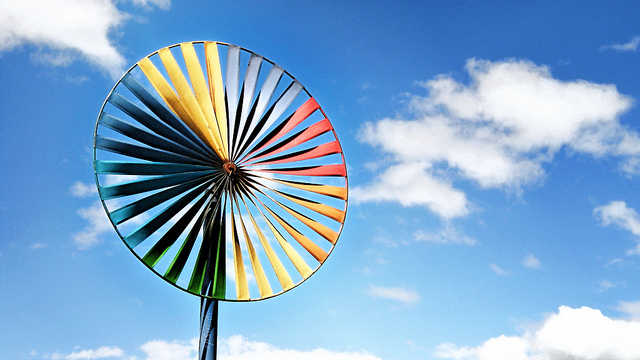 Wind Turbine for Renewable Electricity Generator by epSos.de (CC BY 2.0)