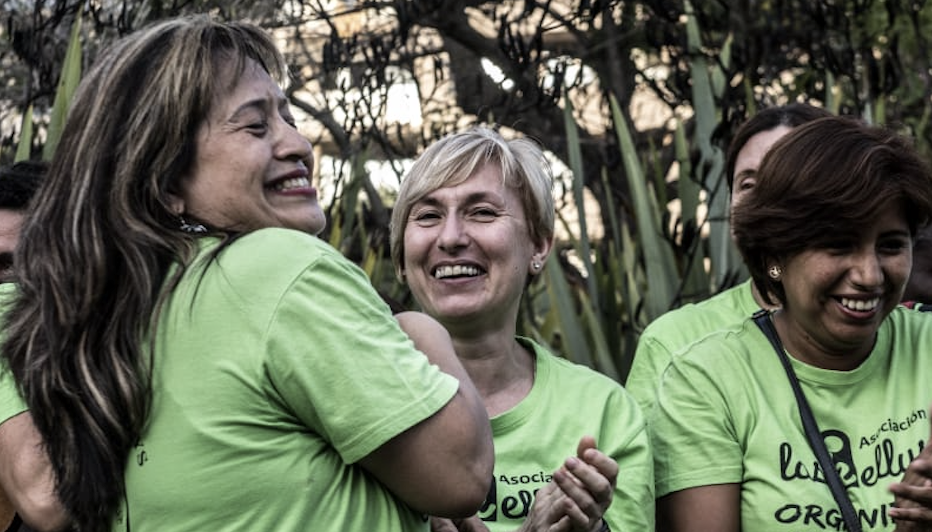 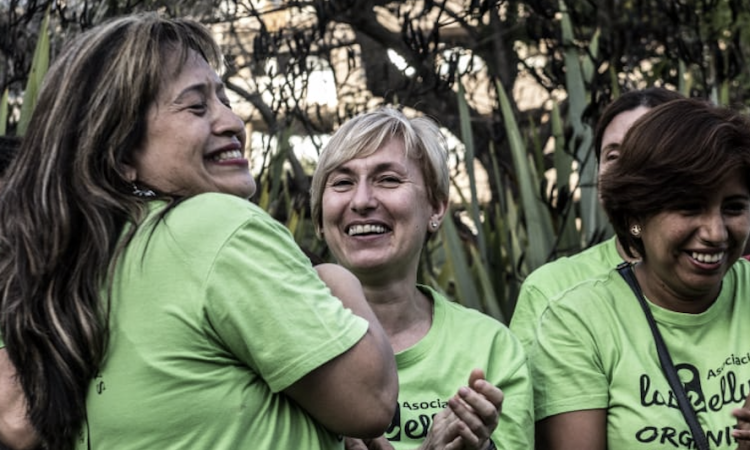 💪 Do you remember that in the previous bulletin we said that "in summer it is hot and the fight continues"? Well, it has been so! In networks, newspapers and televisions, Las Kellys have inaugurated the new era of tourism based on respect, beauty and well-being with their campaign to create the first online reservation portal for hotels that respect their labor rights. A success with more than €66,000 contributed by more than 2000 people to say very loud and clear #YoReservoConLasKellys. The campaign will remain active for 40 more days, you can see the celebratory interview we did here and, of course, let's go for the optimum!

✌️ This victory has been against such large and powerful organizations such as hotel chains, travel agencies and many media outlets that, in the face of such citizen support, have rushed to interview them and acknowledge a cry shared by all of us: it is vital to put in the center a full and dignified life for all people. Times are changing and groups such as Jornaleras de Huelva, Sindicat de Llogaters, Top Manta ... indicate a future, already present, full of hope.

📬 In this newsletter we want to remember that how we relate to each other is a democratic choice, that we must never give in to particular interests and that it is in our hands to create a page where to book a room in a hotel that complies with the collective agreement, the law of occupational hazards and equal pay. That is why today we present you 3 projects that may not attract so much media attention, but seek an equally important impact on the lives of many people: in Iruñea they want to honor the history of Casco Viejo and involve those who now inhabit it; in the Sahara, the arrival of the pandemic has aggravated their delicate situation and from here we can improve their quality of life; and in Alcosa, citizens demand that the city council clean an old closed factory near dozens of houses of asbestos, since the health of its inhabitants is in danger. Thank you all very much for continuing to promote projects! If we are together there is nothing impossible. 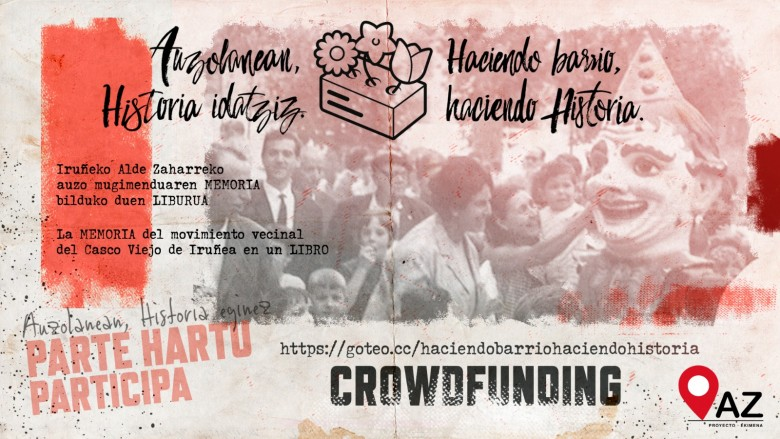 💪 The project began two years ago with the creation of a motor group interested in recovering, analyzing and disseminating the intangible social and cultural heritage of Casco Viejo. From this group, continuous research is carried out and coordinated around the most important milestones of the Alde Zaharra neighborhood association, in particular, and of the social movements of Pamplona, ​​in general, during the years 1976-2021, working on the compilation and the analysis of all the possible information related to that period.

💧 If you want to contribute to this collaborative, inclusive and participatory process, you can do so at goteo.cc/haciendobarriohaciendohistoria.

Food for the Saharawi population 🏜 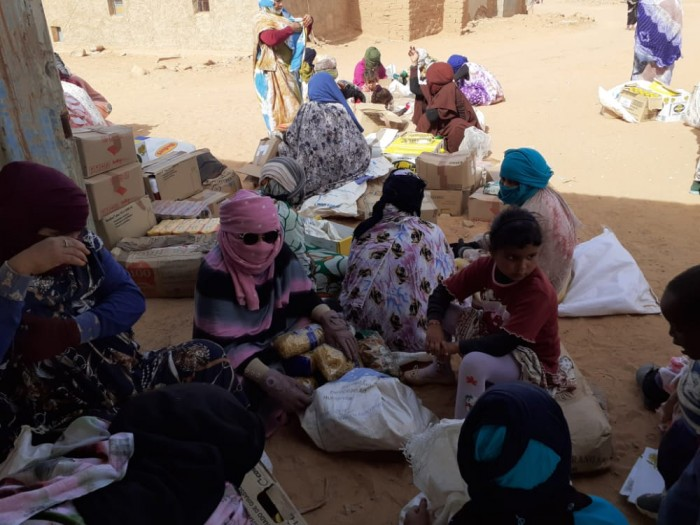 👧 More than 175,000 people have lived in the Sahrawi refugee population camps for more than 40 years. The COVID pandemic has paralyzed many international cooperation projects in the camps and since then the population has suffered from home confinement. The abandonment of surviving in refugee camps in the context of a global pandemic is truly serious.

💚 From ACAPS, they already made an appeal last summer that was a great success. Given that the needs continue to exist, this year they want to work again with the Saharawi Red Crescent to achieve this goal and that no family is left without food. With a contribution of € 20 we can guarantee food for a family of 5 members for a week.

For an asbestos-free Alcosa ♻️ 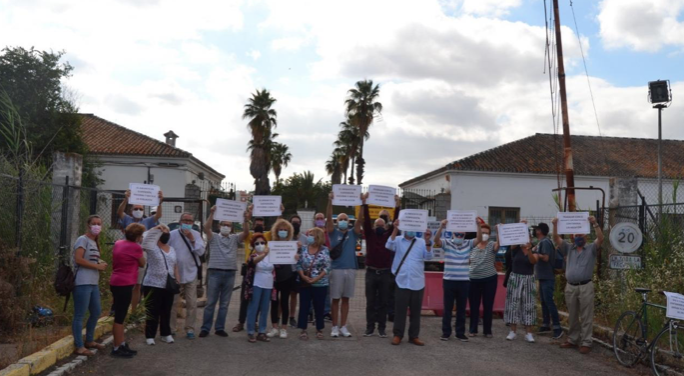 🫁 Asbestos is a toxic material that causes deadly diseases such as lung cancer, pleural cancer, and asbestosis (pulmonary fibrosis). The Federation of Alcosa Entities (FEA) has been denouncing the presence of this material in the abandoned buildings of the old Algodonera factory since 2018 without the City Council having given a response.

⚖️ For this reason they have filed a complaint with the Environmental Prosecutor's Office with some photographs and a video as documentary evidence, but this complaint must also be accompanied by a scientific test that confirms the existence of asbestos in the surroundings of Algodonera, where neighbors live . Given the high cost of this analysis (998.25 euros) and the lack of support from public institutions, they have decided to resort to this form of collection to ensure the health of the neighbors as soon as possible.

😉 If you can contribute something, no matter how little, you will make it possible to reverse this situation in goteo.cc/alcosalibredeamianto.

Following our aim to help develop the commons economy and the power of open source tools, we are now members of Meet.coop An online meeting cooperative that cares about privacy and allows people and organisations to have quality online meetings with ethical tools. 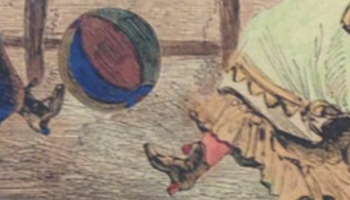 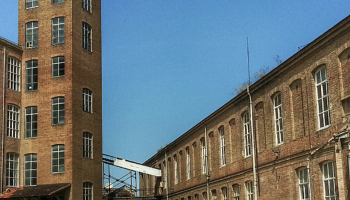 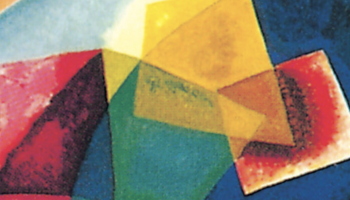